The House of Moult

With the recent spell of wonderfully warm weather, all four Abyssinians have obviously decided that's its time to get kitted out for summer and they are all shedding fur EVERYWHERE

The Housekeeper is hoovering almost daily and all the chair covers are covered! She doesn't know what it is abut sorrel fur in particular but it gets everywhere and seems to make everything pale look dirty, when it is in fact just furry! 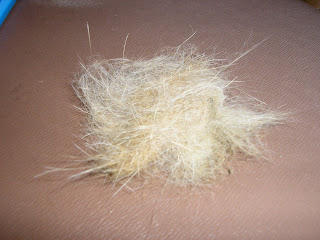 Parsnip never enjoyed being brushed (and The Housekeeper's both valued the skin on their hands anyway) but as per all other activities, the two boys love being brushed. Its just another game to them.

Crystal is less keen and has to be held to be brushed. 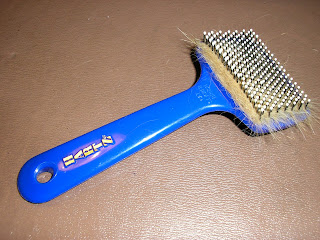 Amber isn't too sure whether she enjoys it or not. She loves being scratched with fingernails down the back, but having it done with a brush is a little different. She did manage to get a brushing when The Housekeeper picked her up for a cuddle, and again later, when The Housekeeper put down their tea, however despite a brushful of fur, The Housekeeper still managed to gain an extra layer of clothing herself..... 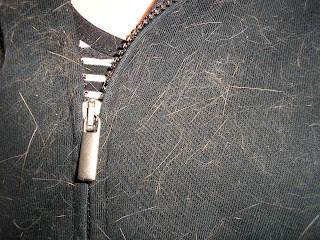