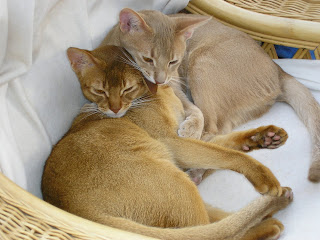 The Housekeeper took Jasper and Dino to the vets this morning for their very first annual boosters.

It was the first time that the vet had seen both of them since they went for their micro-chips when they first came to stay, so I think he got quite a shock when he saw the size of the pair of them! Not that they are fat, you understand, its just that as kittens they always had rather big paws and it appears that they have now grown into them!!!!

The Housekeeper did contemplate putting both of them in one cat carrier, briefly, for comforts sake, considered her back and thought better of it.

Dino was first to be weighed, checked and vaccinated and cried in The Housekeepers arms like a baby. Bless. In the words of Mr P, the vet. "He's a bit solid, isn't he"!

Jasper was second and wriggled around like a cat possessed in The Housekeepers arms and then gave her a big lick. Nice!

Both boys weighing in at 5.1kg, both healthy and as Mr P said "There isn't much wrong with either of them, is there. Beautiful coats and beautiful cats"

Of course we know that anyway !!!

The journey home in the car was peaceful. Dino spent the rest of the morning giving cat -evils to The Housekeeper and Jasper? well, Jasper decided that the fleece blanket in the cat carrier was actually very comfy and was still in there at lunchtime with the door open, snoozing in the hallway.
Posted by The Housekeeper at 22:14:00 3 comments: 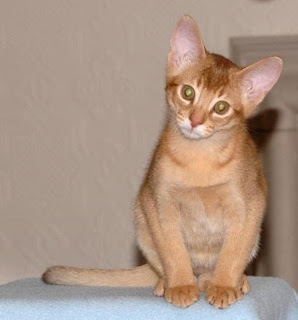