When #1 from The Poupounette came to visit at the weekend, she very kindly brought a fabulous goody bag with her which included some treats and some very funky furry balls with string and feathers on them. They even matched the Four Abyssinians fur in colour! 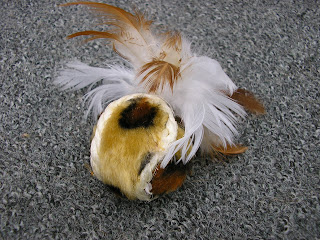 Everyone as very excited and interested when The Housekeeper took them out of the packet for the first time and everyone came to see what they were like. 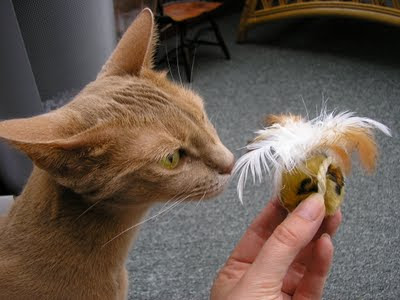 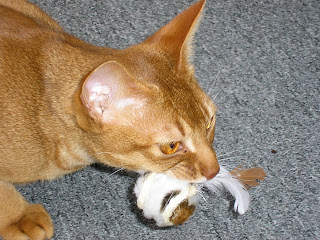 But it was Dino who took to them the most. He spent hours running round the house with one in his mouth. 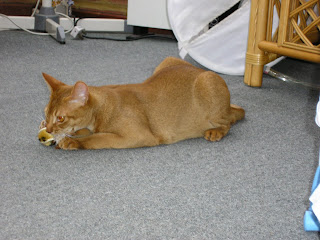 He was also growling and hissing wildly at any of the other three cats and at The Housekeepers if they tried to get anywhere near him! It's the only time we've ever heard him hiss! 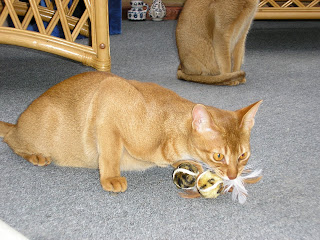 It took a long time for him to calm down. Needless to say, there are hardly any feathers left on the first of the four balls! 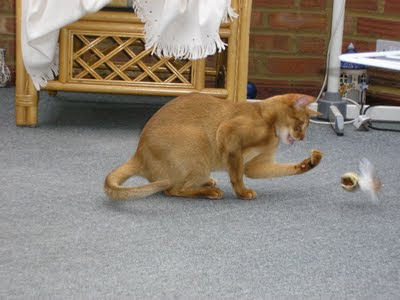 This last picture is a little blurry but The Housekeeper loves it because the ball is in mid air and Dino has his tongue hanging out!
Posted by The Housekeeper at 09:54:00