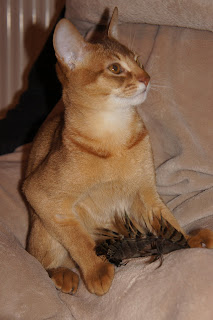 He's the guy who lives on a farm in Hampshire, where they have pheasants - and pheasant shoots..... and he's kind enough to drop round with a bunch of pheasant tail feathers every so often. Think he may well have plucked the odd one or two in his time.

TJ is now also the reason why, at this precise moment in time, The Housekeeper has four Abyssinian cats thundering round the house at top speed. One has a full length pheasant tail feather in her mouth and the other three are in hot pursuit. 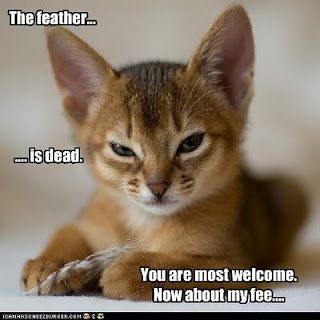 Email ThisBlogThis!Share to TwitterShare to FacebookShare to Pinterest
Labels: Abyssinian, The Housekeeper