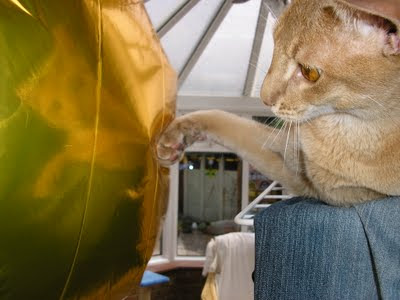 When The Housekeeper went to the Oscars ceremony recently, The Housekeeper's friend Becky brought home two gold helium balloons with her as she was staying for the night. Very shortly after they arrived through the door, the boys had chomped through the curly ribbon and bitten off the weights so they were put into the conservatory overnight to save any choking issues from chewing curly ribbon. 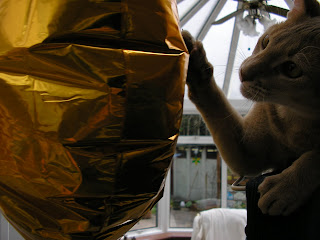 Neither Crystal, Amber or Dino has really taken much notice of the balloons but Jasper has LOVED them. Mr Housekeeper taught him to hold on to the ribbon and we has watched, laughing, as Jasper walks round the conservatory with the ribbon in his mouth, balloon in tow.

He also talks to them when they are up in the ceiling, willing them to come back down, and wails when he has let go and the balloon has floated away again. 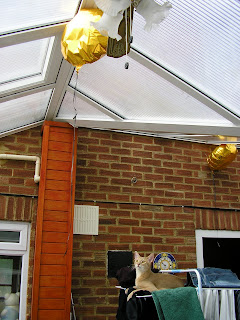 Jasper soon worked out that he could get closer to the balloons by climbing the clothes airer when it was up. The Housekeeper doesn't think that the clothes airer will stand up to much more of being launched onto by a rather solid fawn Abyssinian who still seems to have room to grow further into his paws! 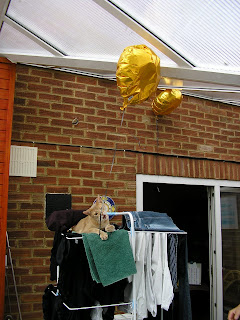 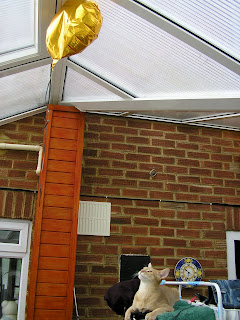